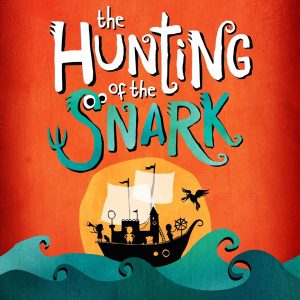 Ben Galpin plays explorer, natural historian & Snark expert Barnaby Bellman and the rainbow coloured Jub Jub Bird in The Hunting of the Snark in the West End’s Vaudeville Theatre and on tour around the UK during 2017.

The impossible voyage of an improbable crew to hunt an imaginary creature is brought magically to life in this sparkling musical comedy adventure for 4 to 94 year olds. Enter the imaginative world of Alice in Wonderland creator, Lewis Carroll, in this brand new, highly original, ultra-modern adaptation inspired by his beloved classic poem.

A few reviews for Snark:

“Ben Galpin is debonair as the Bellman, an expert explorer (Indiana Jones with a touch of Bear Grylls), and delicious as a rainbow-tasselled Jubjub bird… The search for the Snark may be a fool’s errand, but when the company is as loveable as this, only a spoilsport wouldn’t jump aboard.”
★★★★ The Times

“This show is completely charming and delightful … the stand-out performance and the one you’ll remember long after the curtain has fallen comes from Ben Galpin who seems completely at home on the West End stage. Galpin’s portrayal of the flamboyant adventurer ‘The Bellman’ is utterly convincing, entertaining and energetic. In his second guise, he also appears as Jub Jub, an oversized bird who has much of the Rod Hull Emu about him. Galpin shimmies a wacky artificial grass skirt costume with great aplomb! Remember his name. He is most definitely one to watch out for.”
★★★★ LondonTheatre1