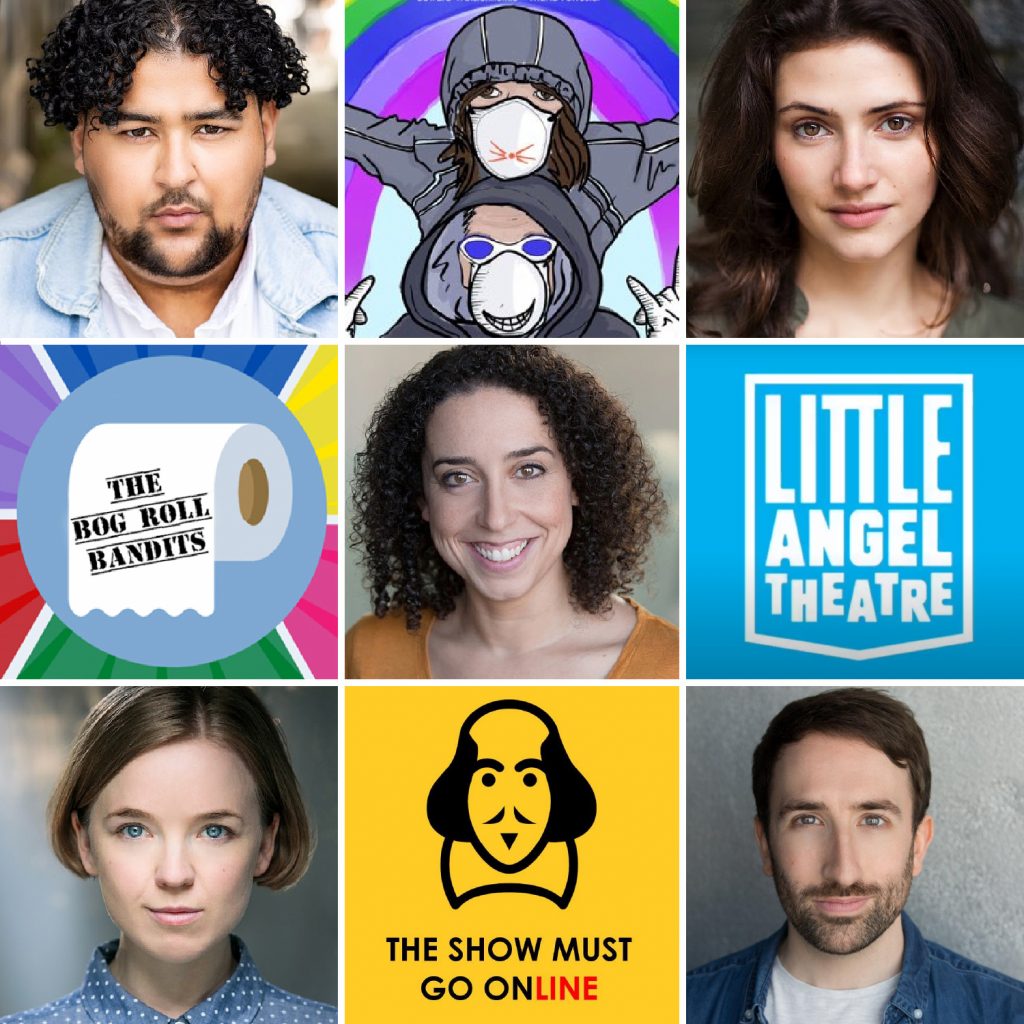 Lockdown has seen a rise in some wonderfully creative thinking from our brilliant industry when it comes to finding different ways to deliver performances to audiences despite restrictions. Here we highlight some of the work our clients have been involved with during lockdown.

Marc Zayat has been kept busy with the new and hilarious comedy play, Bog Roll Bandits. Hosted by Ethereal Theatre Company, which Marc also co-founded, and in collaboration with The Cockpit Broadcast, Bog Roll Bandits follows six neighbours in lockdown prepared to risk everything to pull off the biggest toilet paper heist of 2020. Set in the magical world of Zoom, with friendships, jobs and Banana Bread on the line, will they succeed? Marc is co-creator of the project and plays the role of the lovable, geeky conspiracy theorist, Tyler.

Another Actorum member creating brilliant lockdown-inspired work is Maria Forrester who is currently co-writing, co-producing and co-starring in new web series, The Insiders. Available to view on YouTube, the series follows the highs and lows of a couple isolating together during the Covid-19 lockdown in London. It’s a feel-good, modern series that tackles a relevant and difficult subject with loads of heart and courage. Impressively, the series is all shot on one iPhone in a small one-bed flat.

It’s not all about brand new work though, Actorum’s Ben Galpin recently took part in a live-streamed reading of Shakespeare’s Love Labour’s Lost as part of The Show Must Go Online. The project comprises a global cast in weekly readings of the Complete Plays of Shakespeare, read in the order they were believed to have been written. Ben played the love-struck Berowne, complete with a green parrot, collection of hats and a wooden spoon tree! Full show available here.

Rosie Abraham can also be seen online reading a children’s story and hers is for dramatherapy charity, Roundabout. Since the start of lockdown Roundabout has been providing therapeutic online resources for their clients, one of which is “Roundabout-A-Story”. It aims to create a bank of stories for children and their families to share at this challenging time. Rosie wrote and recorded a story called Magnificent Dolores, which is about a pony who doesn’t know she’s a unicorn. 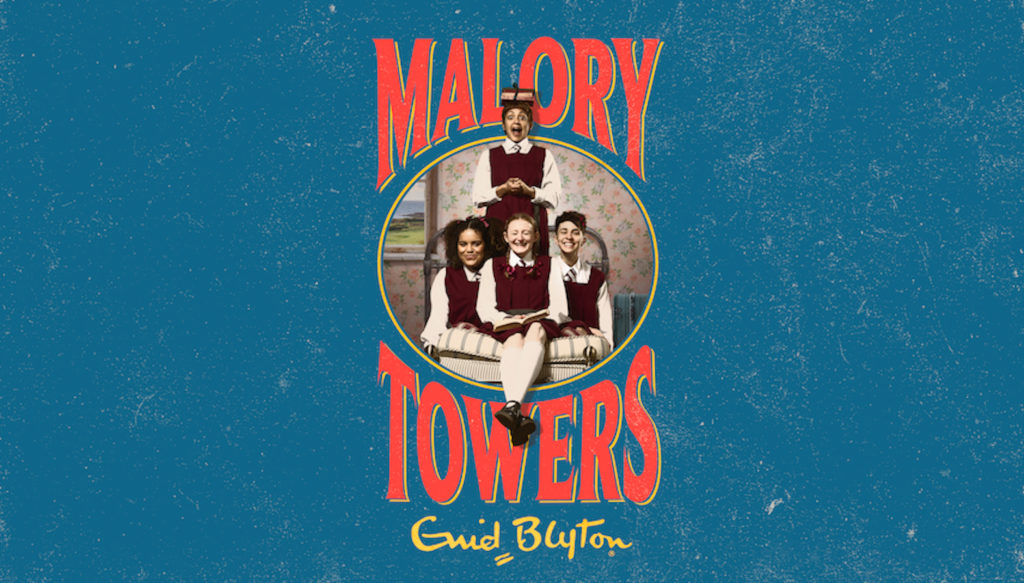 After a West End run of The Worst Witch, Rosie Abraham will be returning to school in Emma Rice’s Malory Towers.

Rosie will be playing Sally Hope in the show which is a co-production between Theatre by the Lake and Wise Children, directed by Emma Rice. It will play in the Lake District for four weeks before a national tour, produced by David Pugh. The tour will finish with a run at the Queen Elizabeth Hall on London’s South Bank.

Malory Towers is a musical of high jinks, high drama and high spirits. Based on Enid Blyton’s beloved book series, this nostalgic and naughty adaptation is perfect for now.

Full details of the tour can be found on the Wise Children website. 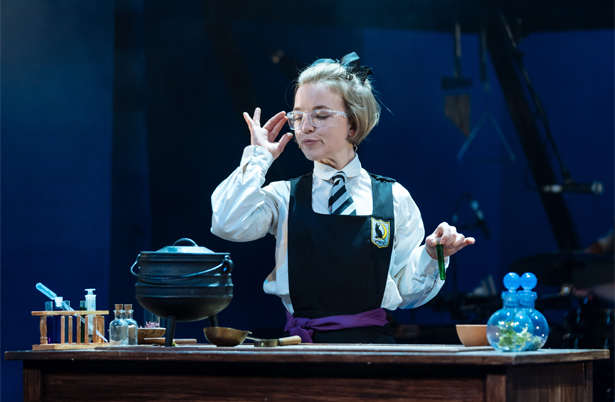 Rosie Abraham headed into the West End’s Vaudeville Theatre in The Worst Witch.

The Worst Witch ran at the Vaudeville Theatre from 24th July to 8th September 2019. 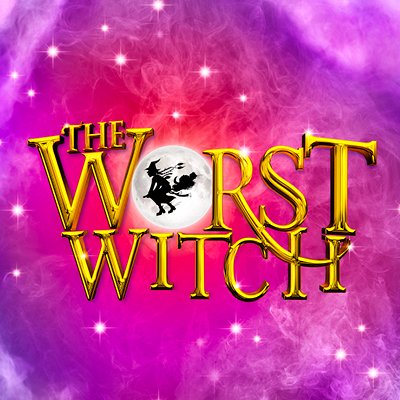 Rosie Abraham plays Mildred Hubble’s vindictive class mate Ethel in this hotly anticipated production, which is now touring the UK stopping at Leicester Curve, Birmingham Hippodrome, Liverpool Playhouse and many other UK venues, which are all listed here.

The Worst Witch and Rosie are already receiving fantastic reviews:

“I was particularly impressed with Rosie Abraham as Ethel, as well as Danielle Bird as Mildred”

“Each of the show’s stars know how to deliver a well-timed witty line, with exactly the right kind of facial expression, to send the audience into fits of giggles. This was particularly evident in Rosie Abraham’s portrayal of the snobby Ethel, who conveys so much with just a flick of the head or a raised eyebrow.”

“Abraham plays the part of the brat perfectly with attitude and nastiness exuding from every line she utters. A truly abhorrent character with the ever-loyal followers hanging on her every word.”

“[Miss Cackle’s Academy] did have an evil witch, though, and her name was Ethel Hallow. in the Royal and Derngate’s production she’s played with chilling conviction by Rosie Abraham. Ethel is arrogant, competitive and ruthless. And she is no fan of Mildred Hubble.”

Long before Harry Potter there was Mildred Hubble. An ordinary girl who found herself in an extraordinary place: a school for witches. Now in her final year, accident prone Mildred and her fellow pupils are about to embark on their biggest adventure yet…

Jealous Ethel Hallow is always out to spoil Mildred’s fun. Miss Hardbroom is opposed to all fun in general. And just as Mildred sparks some inevitable mayhem certain to upset them both, an old enemy returns with a plan for revenge that could threaten not just the Academy, but the whole world.

Jill Murphy’s The Worst Witch stories have sold more than five million copies worldwide and been made into numerous films and TV series. The most recent and successful was written by playwright Emma Reeves (Royal Television Society Award for Best Children’s TV Programme and 2017 British Screenwriters Award for Best Children’s Programme) who is now bringing these stories to life on the Royal Stage at Christmas in a major new play that will subsequently embark upon a national tour.

A new play by Emma Reeves.Directed by Theresa Heskins
A Made In Northampton co-production with Kenny Wax Family Entertainment, Novel Theatre and Nica Burns. 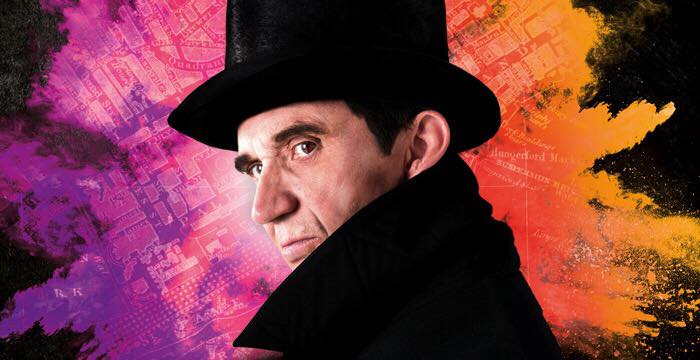 A twisted tale of nerve-jangling horror, the production from Rose Theatre Kingston and Touring Theatre Consortium Company stars Phil Daniels as both Dr Jekyll and Mr Hyde, and is directed by Kate Saxon and adapted by David Edgar.

In a secret experiment, the upright and respectable Dr Henry Jekyll splits his personality into two, releasing the fiendish and murderous Edward Hyde.

As Hyde brings about mayhem, terror and death in foggy London, can Jekyll find a way to suppress his monstrous alter-ego, before it takes him over for good? 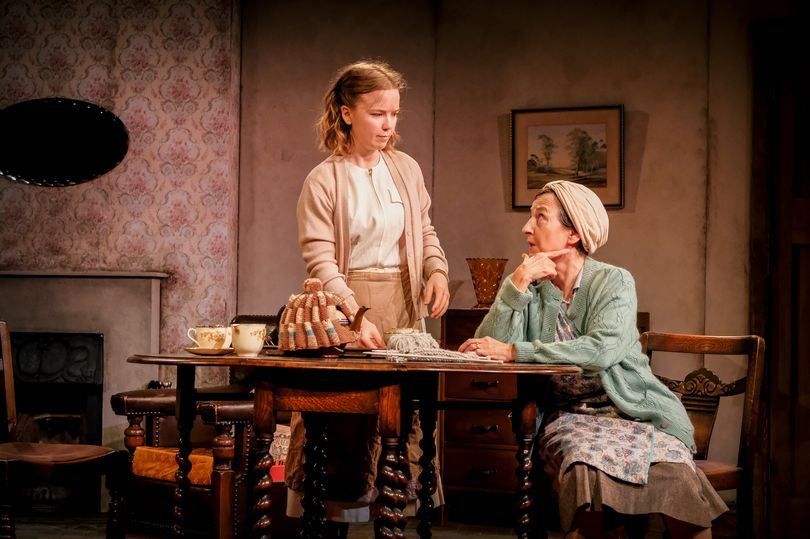 His daughter, Nora, does her best to keep him clean and comfortable, but Stoke-on-Trent in the 1950s is not a clean or comfortable place and Rueben Moth is not at peace.

In his final fever he calls out the name Emeline time and again. Nora wonders who this mystery woman could be. And why is Reuben suddenly receiving important visitors?

What secret have they all been keeping for almost twenty years? And why must it never come to light?

Directed by Conrad Nelson, the show runs in Stoke on Trent until October 21st.