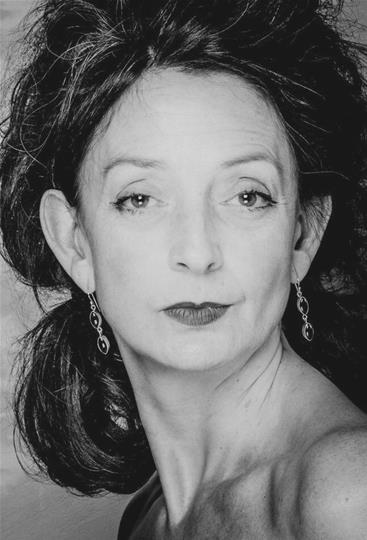 Sally is a seasoned professional actress with a long list of accolades and achievements. She graduated from the Arts Educational Schools in 1981 winning the prestigious Style in Acting award. Sally then went straight into Rep at Hornchurch and has worked continuously since.

Notable stage credits include Gertrude in Hamlet for Red Shift Theatre as well as Countess Groan in Gormenghast for David Glass Ensemble, Jarman Garden at Riverside Studios plus work with the English Shakespeare Company.

She also works in film and TV and is best known for her role as Madame Pince in Harry Potter and the Chamber of Secrets. In 2014 Sally won Best Performance Award at TIFF ‘14 for her portrayal of Susan in Jane McGee’s short film A Cake for Mabel and most recently appeared in the hit HBO show Game of Thrones and White Heat for BBC Two.

She is an associate artist of the feminist theatre company Scary Little Girls and has a Masters degree in Voice Studies from Royal Central School of Speech and Drama/University of London.

A dramatic entrance by the snow queen thrills the younger children in the audience – with many crouching in fear in their seats as the menacing Queen, played brilliantly by Sally Mortemore, makes a truly wicked start to the show.
Bolton Evening News

Sally Mortemore, blessed with extraordinary profile and stunning repose, is a fascinating Gertrude-like her son a charismatic figure with emotions easy to read.
The Times

There is a determined effort to redeem and put positive spin on the normally rather opaque figure of Gertrude – all whippet thin elegance and blue trouser suit in Sally Mortmemore’s performance.
The Independent

Sally Mortemore’s Queen begins as the epitome of a woman who can never be too rich or too thin and becomes the worm that turns.
The Guardian

…Sally Mortemore’s penetrating performance as Bordereau. Confined to a whicker wheel-chair and hidden behind dark glasses, an eyeshade and several layers of decorated gauze, this brilliant and incisive actress still manages to give her character a sharp, terryfying reality.
The Stage

The evening triumphs with Sally Mortemore’s dazzling, high-profile portrayal of the calculating mother-in-law.
The Stage

The actors are Nicholas Chambers, Martin Hyder, James Hyland, Nadia Morgan, Sally Mortemore and Thomas Power. Why this role-call? Because although technical contributions and individual performances can be identified, this is a piece ‘devised by the company’. I do not know who to credit for the concept, the choreography and the ideas for individual moments in this beautifully integrated performance, which uses music, projections, dance, non-verbal performance and a minimal text to take us through Jarman’s life.

Sally Mortemore is terrific as the unbending and thoroughly corrupt Helen, chillingly plausible as an upright pillar of the community
Jon Wainwright, The Public Reviews

The school-mistressy landlady would be a cross-breed of the Wicked Witch of the West and Cruella de Vil but this is no panto. Chillingly embodied by the otherwise delectable Sally Mortemore, hers is quite a performance. Clearly chasing some lost need for control, her nastiness strains under the weight of the cloak of kindness.
Whats on London

There were undeniable goosebumps whenever Sally Mortemore theatrically paces across the stage.
IslingtonTribune

…Sally Moretemore is a suitably spiderly villain – half Mrs Danvers, half Miss Hannigan from Annie. It’s wonderful to see such a strong ensemble cast at work on the fringe, all sharing a clear conviction of the dank world of the piece and playing with complete conviction.
Curtainly

Sally Mortemore’s chilling, vulture-like persona is just about as good as you could ever get.
Off Stage Magazine

…With her silky tones, middle-class vowels and air of authority, Helen’s word holds more sway than that of the young women unfortunate enough to enter her domain like flies entering a spider’s web. No wonder she gets away with larceny, child neglect and worse… Mortemore is creepily convincing as the malevolent Helen…
Lyn Gardner, The Guardian

This is very much an ensemble piece, with tremendous performances from each member of the 11-strong all-female cast, but the two characters who stand out are Helen and Christine, played by Sally Mortemore and Elizabeth Donnelly.
Atomies

Sally Mortemore shines as the steely Helen. Her cold and hardened tone is deeply affecting, evoking something of a Cruella di Vil persona, merciless and entirely lacking in concern for the welfare of the young women or small children she has offered a bed to. Mortemore maintains a high level of tension throughout the performance her steps across the stage are slow and calculated and are as piercing as her strong jaw and focused eyes. Her mere presence on stage creates a disconcerting atmosphere that echoes throughout the small White Bear Theatre.
Hannah Tookey

The cast astounded me in the group of eleven performances there was not a single weak link. I was engrossed from the very beginning, finding myself completely immersed as the gritty tale developed. This was due to the strength of acting. One particularly strong perfirmance was from Sally Mortemore as Mrs Allistair, the cruel landlady, She played the role of this sinister and malicious woman incredibly well and left a chill down my spine. everytime she exited the stage.
Everything Theatre

Towering over the proceedings is the malevolent figure of Mrs Allistair, played with menacing mendacity by Sally Mortemore. She strides a fine line as the villain, but pulls back from tipping the show into melodrama when it could so easily happen.
Malcolm Eadie

Sally Mortemore is a deliciously haughty villainess as unscrupulous landlady Mrs Allistair, stalking around the stage like a praying mantis about to strike.
Honour Bayes, The Stage