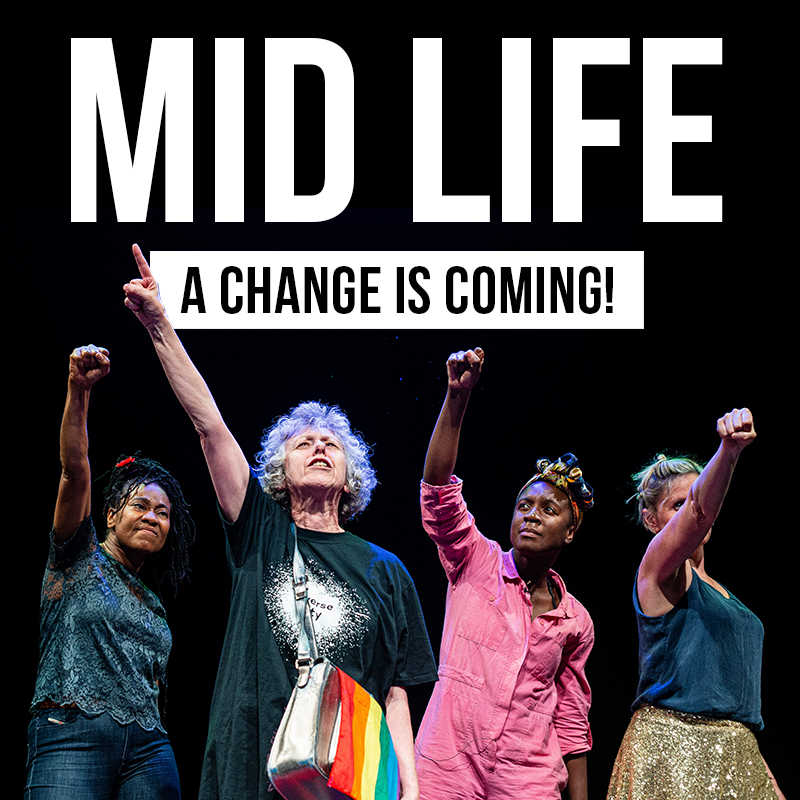 Kandaka Moore is currently performing in Mid Life, a co-production between Bristol Old Vic and Diverse City. The production started at Bristol Old Vic before playing for a short time at the Barbican and will finish back at the Old Vic.

The taboo-smashing production is based on interviews with 50 women in Bristol experiencing menopause, this BSL-interpreted and Audio Described production is a rip-roaring exploration into one of life’s often-vetoed topics.

Kandaka’s role in the piece is as an actor, composer and singer. In Stage Talk’s four star review of the show Simon Bishops writes, “Flitting between these three [performers] and adding an almost metaphysical presence is the sylph-like Kandaka Moore, singing a background narrative with a deliciously intoxicating voice, while acting as an ‘invisible’ link between the women”.